Before I get going with this, I want to reiterate that I am not an expert, specialist, lactation guru, professional, or anything other than a mother that tried breastfeeding and failed.

Breastfeeding is great for babies, no doubt, but I feel like women are pressured and made to feel guilty if they either choose not to breastfeed, or can’t.

I always thought I would be that mother that breastfed my baby for a year or so. Formula stinks, it’s expensive, and it’s not natural. Breast milk doesn’t make baby’s spit ups and poops stink, it’s free, and it’s totally natural! Why wouldn’t I want to breastfeed my baby?

Of course, if things had gone according to plan for me, this blog wouldn’t exist, now would it?

At the beginning, I thought I was going to end up being an overproducer. My milk came in fast, and I was quickly pumping a combined 2-4 ounces every time I pumped. The lactation consultants were thrilled with the amount I was producing!

My little guy ended up struggling to gain weight after they took out his IV, so they tried to supplement my breast milk with some high calorie formula. Unfortunately, he had a sensitive stomach and wasn’t tolerating the formula well. They tried two or three different types of formula, to no avail. He still wasn’t gaining.

The lactation consultants and nurses told me that I needed to get Kaden my hindmilk, to see if that would help him gain weight.

For those unfamiliar with the ins and outs of breast milk (like I was…am?) hindmilk is a higher calorie milk that your body produces. To my understanding, the milk produced at the beginning of a feeding/pump is called foremilk, and is supposedly thinner and dosn’t have as many calories in it. Hindmilk is produced later on, and contains more fat and calories. In order to get the hindmilk, I had to pump for 15 minutes, then put that milk into a storage bag. I’d then continue pumping for another 15 minutes, and that was the milk needed to be taken to the NICU to give to my Little.

As if pumping wasn’t torture enough. Every 3 hours, I had to find an outlet and set up shop, and prepare to have a machine literally milk me like a cow (which, I don’t care what the professionals say, hurts! You try sitting there calm and happy while your dry, chapped, sore nipples are incessantly pulled on for half an hour by a machine). If I happened to wear one of my hands free pumping bras, it was a little better, because then I could at least play on my phone, read, or do something while I was pumping. If I wore a regular nursing bra, I had to sit there holding these breast pump pieces to my chest and mentally twiddle my thumbs, since I couldn’t actually twiddle my thumbs because if I moved too much I might lose suction.

So now on top of the above-mentioned “fun”, I had to break it up in to two sessions. First, I’d pump for 15 minutes, then stop to store that milk and put it in the freezer to save for later use (they told me to freeze it for when Kaden starts eating cereals), then I’d have to pump again for 15 more minutes, and store that milk in a bag to take to the NICU. Plus, the hindmilk to foremilk ratio is usually ridiculous. I was getting 1-2 ounces of foremilk, and only .25-1 ounces of hindmilk.

Talk about liquid freaking gold! Pumping for hindmilk was so stressful for me, because I knew that my son wasn’t gaining weight on just my breast milk, and he wouldn’t tolerate the formulas. That meant he would only take the measly ounce of hindmilk I was providing. That was okay while he was still eating less than an ounce every feeding, but when he got over an ounce, I couldn’t keep up with him anymore!

I was so stressed out, thinking that I wasn’t going to be able to feed my child. I felt like the ultimate failure. I couldn’t keep him safe inside my belly for the full 40 weeks, I couldn’t produce enough milk to feed him, what kind of a mother was I if biology was failing me and not allowing me to take care of my own baby?

I don’t know what changed, but my little guy started gaining weight really well, and after a few weeks, I was told I could go back to “full pumps” (not separating into foremilk and hindmilk anymore) because he was doing better. I also got lucky, in that he started tolerating the formula supplements when he got bigger.

Skip ahead to after discharge, and we’re a happy little family at home. I was able to keep my milk stash ahead of Kaden’s needs for a little while, but of course, the bigger he got the more he ate. I was still only pumping about 2 ounces at every pump, and it just wasn’t enough.

At night, my husband and I always got his bottles ready and stored in the fridge so that all we had to do for his 1am and 4am feedings was grab a bottle, toss it in the warmer, and we were good to go.

One night, I was pouring the milk into bottles for the night, and I used up the last of my stash. I realized that soon, I wasn’t going to be making enough milk to keep up with my son, and I started to cry.

On top of that, a night or two later after I had pumped at 3am, I knocked over the tube and milk spilled all over my counter. Whoever said that not to cry over spilled milk was obviously not a mother with low milk production. I cried, and I cried a lot. Like, ugly crying, chest heaving, sobbing tears.

Again, breastfeeding is great, but I feel like as people have been advocating for mothers to be able to breastfeed more freely in public, and pushing for more options for breastfeeding mothers other than hiding away in the bathroom or sequestering themselves away from everyone else, those mommas that can’t breastfeed for whatever reason are being inadvertently shamed.

I don’t mean that I’ve ever had anyone openly judge me, or say anything negative about me feeding my son formula, but I do feel that there is this negative stigma that’s become worse recently.

Everyone is so focused on breastfeeding, and breast is best, and while I think that yes, breastfeeding is wonderful and I agree that yes, it is best for your baby, not all of us can.

Some mothers are taking medication that means they can’t give their breast milk to their babies.

Some mothers have an enzyme in their breast milk that doesn’t settle well with their babies.

Some mothers have their own reasons for why they can’t/don’t breastfeed and it’s not really anyone’s business.

With that being said, I would totally be breastfeeding Kaden if I could, but I don’t make enough milk to keep up with him, and it’s become too stressful for me to even try. Before you think that I just gave up too soon, I did everything I could to up my milk production. I ate the right things, I took the right supplements, I did the massages and used the warm compresses. Nothing worked.

I was heartbroken about this at first, but he’s still gaining weight, he’s doing fine, and I’m not stressed out anymore.

An inability to breastfeed, doesn’t make you a bad momma.  It was a hard pill for me to swallow, because I wanted to breastfeed so badly and I felt like I had to while he was in the NICU, but I did everything I could do to make sure my baby boy was getting fed. For us, that meant using NEOSURE, and that’s fine!

With all the stress of being a parent, we don’t need the added stress of trying to breastfeed when it’s just not working.

So, Mommas, all this to say…when you’re in the NICU, the nurses and doctors are probably pushing breastfeeding on you because that’s what is best for your baby. They are doing it because they mean well, but try not to let it get you down if you can’t breastfeed.

Heck, even if you don’t want to, for whatever reason, don’t let it stress you out. You do whatever is right for you and your baby to make sure that s/he grows up big and strong! You have enough to worry about in the NICU. You don’t need the added stress of feeling pressured to do something you don’t want to, or simply can’t do.

And to you Mommas that don’t have a baby in the NICU, but are having breastfeeding problems, it’s okay! You’re doing everything you can for your baby, and that’s what matters. 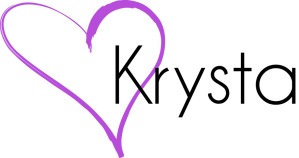 3 thoughts on “Breastfeeding is Awesome, but Some of Us Can’t”